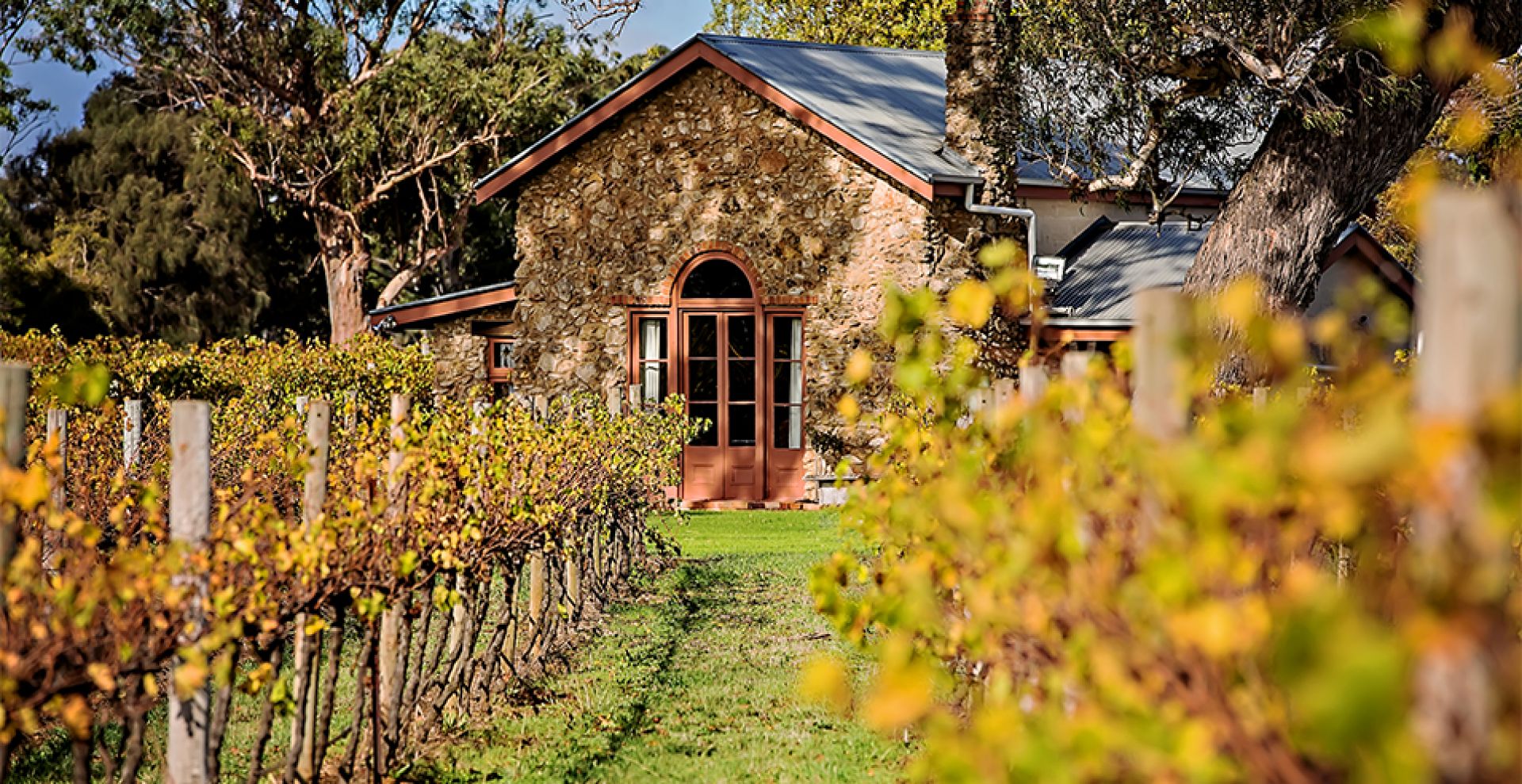 The “Art in the Domain” project was a partnership between Council and the Millicent Learning Centre with students from the centre being mentored by leading Limestone Coast Artist Mark De Nys. The project commenced following discussions between Council and the Manager of the Millicent Learning Centre, an initiative to further develop Council’s role in promoting partnership and education and their role in the arts. It was agreed that the project would develop a series of A Frame Easels which would be available to the community for Public Art. The framework of the A frame easels were designed and fabricated by students of the Millicent Community Learning Centre assisted by Mark DeNys a noted sculptor and artist who mentored the students through the project.

Artist Suzanne Brierley Westall worked with interested members of the Millicent Craft Group and other local artists and the art work was completed; the theme: Represent through art what Millicent means to you as an artist. Students from the Community Learning Centre also participated in the art work and completed two pieces. The community artists were led by Suzanne Brierley – Westall and included Peter Dunn, Mel Cecotti, Carol Baxter, Katherine Davies and Ben.

The result is a vibrant collective of artwork – community owned and inspired – representing the environment, recreation and the people. Following this installation it was agreed that a project would be run with the youth and they were invited to draw what the domain meant to them. The drawings were submitted and artist Suzanne Brierley Westall drew the entries onto the steel panels, which were attached to the lower part of the A Frame.  The result is a bright vibrant addition to the domain, representing the community: the youth and their activities and the adults and what Millicent means to them.

Wattle Range in Flight - An Arts Installation was opened Friday 19th September 2014 “Wattle Range In Flight” by Mayor Peter Gandolfi. Barbara Wallace was a renowned artist/ceramicist who worked tirelessly to enable the community and the community of artists to have access to the best possible resources available, including facilities and workshops. She was an inaugural member of the Country Arts Board, a lecturer and teacher, a mentor to many. Barbra was responsible for the previous facilities of the Millicent Craft Group. She ensured that artists, trainers and opportunities were always forthcoming for the group and the wider artist community of the South East. Barbara travelled extensively studying in Japan and bringing home new techniques and mediums. Barbara was one of the nation’s foremost ceramic artists known for her innovative design and inspiration. Barbara survived Ash Wednesday although her property did not. She passed away much too soon.

When the Gallery was extended there was inserted into the wall three boxes that were set aside to represent Wattle Range. They were lit and it was intended that the Millicent Craft Group would design and make a series of ceramic wall panels/birds in ceramic one of Barbara’ s favoured mediums and that they would represent Wattle Range: Beachport, Millicent, Penola. These panels have now been completed and placed in the courtyard.

An installation that Barbara would be proud of as will the community – combining the environment, ceramics and art

The Millicent Craft Group – ceramic group have renewed confidence now that they are working with another renowned teacher artist and moved to their new premises. “Wattle Range in flight” exhibition included research, drawings and models depicting the progress of the installation.

This installation is viewable from the Gallery and the Civic and Arts Centre.

There are currently located at the entrance to the Civic and Arts Centre three ceramic wall panels. These were installed as part of a community arts project. Another panel was installed on a wall at the original premises of the Millicent Craft Group now owned by Sharps. It was suggested by the Millicent Craft group that the mosaic mural be relocated to the Civic and Arts Centre. This installation has commenced and members of the Craft group repaired the mosaic mural prior to the installation.

The foyer of the Civic and Arts Centre has remained the same since it was built in the 70s. Discussion has been undertaken to add to the ambience of the foyer and create a more contemporary look with art. Artist Suzanne Westall Brierley who has moved to Millicent from Adelaide and Port Augusta, a renowned artist who has undertaken commissions for local government, gained much Country Arts funding and has been a member of the Country Arts Board and with whom I have been working, offered to paint a mural to cover the expanse above the bar in the Civic and Arts Centre.

These three installations complete the dream of Barbara Wallace and her community of artists some 21 years after the Gallery opened and in keeping with the celebrations this year. They also add life to the Civic end of the town enhancing the arts trail from the Millicent Visitor Centre, drawing on the Millicent Gallery and the Civic and Arts Centre.

Sharon Davson gifted to the Millicent Gallery in 2010

Sharon Davson is an internationally acclaimed artist who is currently exhibiting her work in Tel Aviv and supporting the World Peace run by the renowned runner and former politician Pat Farmer. This acclaimed artist some 20 years ago held her first exhibition in Millicent and we have always stayed in touch. www.davsonart.com

Sharon Davson greets every day with gratitude.  She is a passionate and compassionate ambassador for world peace, the Earth’s wildlife, environment and many of its exceptional people.  She makes a difference in our world through her inspiration and generosity. "

Sharon gifted this collection in 2010 to the Millicent Gallery and contains a representation of her work from 1973 to 2006, encapsulating unique and definitive collections of Davson’s personal globalism. This collection also includes several rare preliminary images for her major works.

They celebrate the work of this internationally acknowledged Australian artist, and are a visual expression of her care and concern for all inhabitants of our planet and its environment. On viewing these works, it is easy to understand why Davson is known as the artist world leaders follow.

1999-2002, a large retrospective collection of her art titled, Davson - With Gratitude For the Light, toured in four states of Australia. Works were borrowed from many collections including: James Fairfax AO, Cathay Pacific Airlines, Time Life Warner, Konica, the Rooty Hill RSL Club & Resort, the Museum & Art Gallery of the Northern Territory, the Ian Fairweather Art Gallery & Museum and many others.

2010, The Davson – World Leaders & Enlightenment. This exhibition celebrates the life and works of internationally acknowledged Australian artist Sharon Davson. World leaders from varied fields have worked to ensure success for this collection which toured in prominent art galleries, museums and other public venues. On viewing these works, it is easy to understand why Davson is known as the artist world leaders follow.

Her work is represented in approximately 40 public art gallery, city or university collections.

“An artist whose work engages us all, with courage, dignity and humour.”

Taken from the Davson Website: “20 of Davson’s art works are held in the permanent public collection of the Millicent Art Gallery in Millicent, South Australia.

Janice Nitschke, Director of the Millicent Art Gallery was delighted for these works to feature in the Davson Arts Museum’s second exhibition in Newcastle. Flying up from South Australia, she assisted with hanging the collection. She attended the exhibition as Guest Speaker and officially opened Davson - a long journey on 28 September 2010.

The collection includes drawings, original silk-screen prints, etchings, mono prints and spatter works from early in the artist's career. It also contains examples of her woven art pieces and two preliminary drawing concepts from the 1980's and 1990's.

Davson’s affiliation with the Millicent Art Gallery began in 1981 when she visited the area on her her solo journey across much of Australia, with her dog, horse and motorbike in an old ex-government bus towing a horse float.

In April 2002, the Millicent Art Gallery hosted the final exhibition of With Gratitude for the Light which toured 14 public regional art galleries over a two year period. This extensive retrospective exhibition showcased 63 pieces of Davson’s art, borrowed from collectors including the Art Gallery & Museum of the Northern Territory, Cathay Pacific Airlines, Time Life Books, Konica Australia and James Fairfax AO.

Over the years, Janice Nitschke and Sharon Davson have become good friends. They have worked together on various exhibitions, functions and events, including preparations for the canonisation of Mary McKillop, now known as Mary of the Cross in Penola, South Australia. Their collaborations and enthusiasm continues to enhance opportunities for the Millicent Art Gallery, the Davson Arts Museum and their local communities.”

Millicent is a rural community and seasonal work patterns alter any project. Because of this, and the nature of woven tapestry, the Millicent Community Tapestry project was an extended one, lasting two and a half years.

Kay Lawrence and Shirley Benlow wanted to allow time for a high degree of professionalism to develop in the work and so decided to run the program as monthly weekend workshops. Sixty people initially expressed interest. As with most projects of this kind the degree of involvement by individuals varied but, even so

, a strong and highly involved core of twenty weavers continued throughout.

Kay took primary responsibility for designing the piece while Shirley undertook to teach tapestry weaving techniques. Except for periods when it was necessary to collaborate closely, the joint coordinators took alternate workshops. Working jointly allowed them to share ideas and discuss problems and strategies.

The design was a challenging one, the imagery being representational. Some of it is quite sophisticated and required a high degree of skill, both in weaving and interpretation.

One weaver commented on the enriching aspects of this community project: "the endless discussions, negotiations, sharing of ideas, decision making and most of all, the shared exhilaration of a task so brilliantly completed- we did well."

Said another: "It has been a marvelous experience to 'paint with wool'- but the greatest experience of all was to work on a community project and get to know some of the great people that we have living in this area."

Kay, too, spoke of the familiarity and trust which developed, making it easier to exchange ideas and points of view- even to accommodate and express the differences that emerged. At times during the Millicent project, Kay felt that the group wanted more direction from her, times when conflict had arisen through inexperience: "I have felt responsible and a bit inadequate for not always anticipating the problems but, in retrospect, we probably all learnt more from those experiences than from the times when things went smoothly."

For some participants this will be the first of many tapestries to be woven, for others the confidence and skills gained will have continued benefits in other areas of their lives.