The Ruins are located opposite the Kangaroo Inn Area School. In its heyday during the construction of the early drains, the Inn serviced traffic from every direction, and was an important stopping point along the Mail Route and bullocky Route. The Inn, although unlicensed had a popular liquor trade, which was accompanied by its fair share of troubles (including an unsolved murder) The main wooden door was suspended from hinges, so that it could be lowered quickly to protect the occupants in the event of trouble. The pub closed when a new hotel opened at nearby Furner.

Kangaroo Inn ruins were entered on the State Heritage Register in 1988.

Also nearby is The Post Office Tree a reminder of the mail coach run to Mount Gambier. Mail was placed in a bag, and hung on a hook or branch ready for collection. Sadly, the tree was burned by bushfires in 1983, but its charred remains still stand. 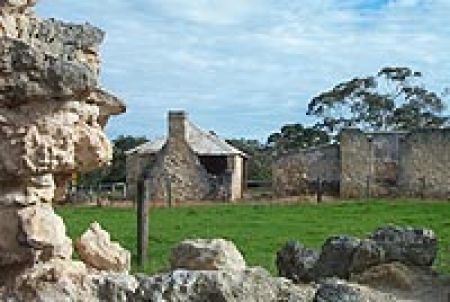