The township of Furner is a farming community which was proclaimed in 1886. In 1899 it had a Council office used as a school room, one hotel, the Kintore Inn, a general store and a few dwellings. The town was named after Luke Liddiard Furner who was Member for Wallaroo and Commissioner for Public Works. Furner and nearby Kangaroo Inn ruin, which was a licensed premises for approximately 10 years, were on or near the Old Overland Road to Melbourne.

Kangaroo Inn is located approximately 25kms north of Millicent turn off the Princes Highway and follow signs. Closest to Millicent, Furner is 65kms west of Beachport, via Kangaroo Inn, and 73kms east of Penola on the Claywells Road. The local industries consist of beef, wool, blue gums, cropping, flower farms. 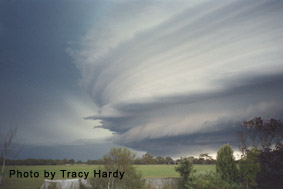 Coonawarra is a community that’s vibrant, passionate, sophisticated and unique – one that will continue to honour tradition while embracing innovation and nurturing sustainable viticulture for the future.

Coonawarra will be nationally and internationally recognised as a progressive, world class wine-growing and tourism region, whose unique culture is embodied in its wine and its people.