Situated 8km west of Penola on the Millicent Road is the magnificent two storey homestead, built for John Riddoch 1878-1880. Yallum Park is said to be the best-preserved Victorian House in Australia in its original condition. It features one of the largest collections of wallpapers and also consists of Italian hand-painted doors and original furnishings and fixtures, it's beautiful gardens and arboretum, its cavernous 15-feet high ceilings, its eleven Italian marble mantelpieces, its gold leaf cornices and its sense of history. It was here that the English novelist Anthony Trollope stayed and where a passing parade of Governors and Princes (including King George V when he was still the Duke of Cornwall) spent the night. And out the back is the old Yallum Park house where Adam Lindsay Gordon used to stay when he visited John Riddoch.

Behind the main Yallum House are two smaller residences. One called Gordon House and the other Austin House. These were the original houses. It was in the place now known as Gordon House that Adam Lindsay Gordon came to stay.

Enquiries as to opening times should be made through the Visitor Information Centre. 8737 2855 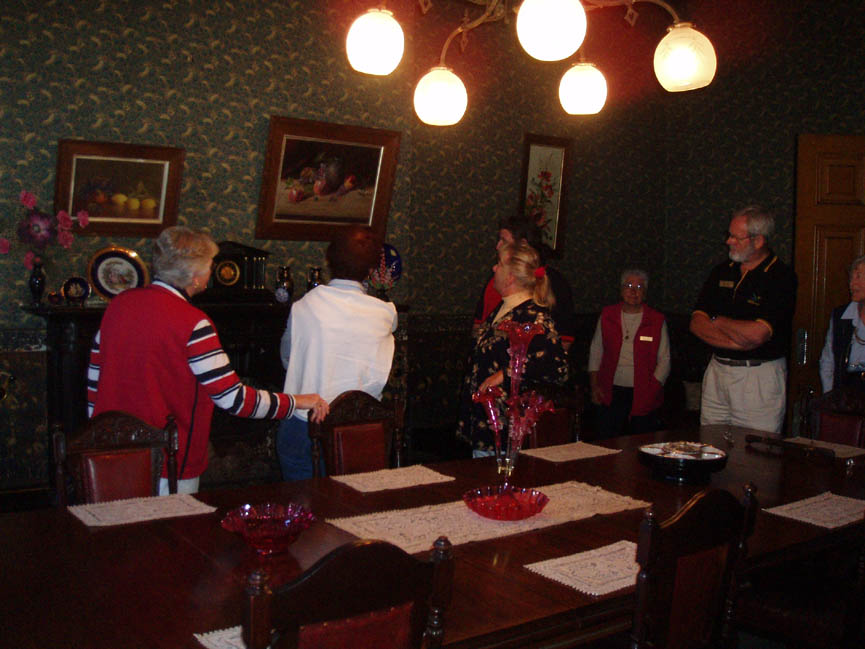 Back to Penola Page